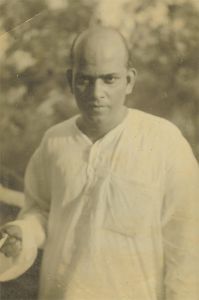 The Arabs have become a very vital factor in world politics. They are playing to-day a strikingly important role in the contem­poraneous rivalry among empires. This is mainly due to their steadily growing national feeling, to their peculiar geographical position, and to their numbers, which equal the population of all the Balkan States.

The Arab world is very much larger than most people imagine. Comprising the whole of North Africa and of South-West Asia, it is far greater in extent than the continent of Europe. At a rough estimate there are in the world 40,000,000 people who speak Arabic. Nearly half of the coast line of the Mediterranean Sea runs along Arabian territories. Arabia proper, that is the Arabian peninsula, is six times as large as Germany — which means that it would more than cover the United States, east of the Mississippi. The Arabs are thus divided into well over a dozen different independent countries, mandates, protectorates and colonies.

Most Arab lands are of vital interest not chiefly on account of their historical associations, but because of their geographical location. They actually lie athwart the grand highways of many Empires. The main highway of the British Empire passes directly through the Arab world. An India-bound traveller from London, whether by air, land or water, must have to cross Arab territories. The chief commercial air-lines of Great Britain to South Africa and Australia also have stations in Arabian states. The Suez Canal is an Arabian ditch, so to speak. Neither Italy nor Great Britain could keep in close touch with the most vital points of their Empires without the permission, voluntary or otherwise, of the Arabs. Two among the longest and the most important French and British pipe lines rise in and pass through Arabian countries.

Of these lands France holds in the form of protectorates, mandates and colonies 1,153, 752 square miles. Syria and Lebanon are republics, though not yet entirely free from French mandatory supervision. Great Britain holds as mandates Palestine and Trans-Jordan with 26,320 square miles, exercises a control over Egypt with 383,000 square miles, exerts a dominant influence in Iraq, and keeps Arabia proper very strictly within its sphere of influence. Under British protection of one form or another are Koweit, the Bahrein Islands, the Trucial Sheikhdoms, and Oman — all on the Persian Gulf — and the Aden Pro­tectorate (including Hadramaut) on the Indian Ocean.

The word ‘Arab’ is usually used as a rather loose and general term, classifying the Egyptians, Iraquis, Syrians and Hedjazis all as Arabs. All the people in the countries mentioned speak the Arab language and feel Arab unity. An Egyptian from Cairo understands a Syrian from Aleppo. The ways of life, the religions, traditions, and mental attitudes of all these Arab peoples are similar.

Any movement aiming at uniting all the Arabic-speaking peoples does not, therefore, lack ambition. And indeed , some of the Pan-Arab leaders are thinking in terms of just such a Greater Arabia extending from the Atlantic to the Indian Ocean. The Pan -Arab movement, reduced to its essence, is a nationalist agitation, and it appears to be gaining momentum. One important phase of this movement is the armed conflict between Arabs and the British in Palestine. And the British are increasingly aware that it threatens to affect, among other things, their primary imperial interest — the route to India. The truth of this was recognised by the British Royal Commission on Palestine, which admitted that “the problem of Palestine is the problem of insurgent nationalism.” For that matter, the Pan-Arab leaders appeal for even wider support — that of the 250,000,000 Moslems throughout the world — less than a fifth of whom speak Arabic. This has been one of the most effective tactics employed by the Grand Mufti of Jerusalem.

It was in Damascus, the Syrian capital that the Arabian renaissance began somewhat more than 50 years ago. The Syrians are closer to Europe than any other important group of Arabs, they have ex­tensive contacts with Western Capitals, send their sons in large numbers to European schools and universities and have very progressive colonies of emigrants in America. In recent years, Syria has had the advantage of being close to Palestine. The revolt in the Holy Land has been organized to a large extent in Syria.

Baghdad is another focal point for Pan-Arab propaganda. Iraqi politicians have been notable for their public support of the Arab cause in Palestine.

It should be noted that Ibn Saud of Saudi Arabia and the Imam Yahyia of the Yemen are a little circumspect about the Pan-Arabic movement. But their tacit sympathy is assured, so claim the leaders of Pan-Arabism.

Another important point not to be lost sight of, is that some of the prominent exponents of Pan-Arab thought are Christians from the Lebanon. Nationalism is becoming a great unifier, and it pushes religious differences into the background. One of the chief leaders of the Arab Nationalists has been a Protestant. The Druses and Moslems fight side by side against the French. The Roman Catholics of the Lebanon are becoming as vehement in their nationalistic strivings as the Moslems of Aleppo.

The Egyptians are physically not closely related to the Arabians, yet they speak Arabic and are largely Moslems; and their politicians are ready to give their patronage to the Pan-Arabic programme. The recent declaration of the young King of Egypt, King Farouk, as “Caliph”, that is Leader of the Moslem world, promises to be an event of far-reaching consequences. It is rather early to assess the true value of this sudden step, as the details are so far lacking.

Pan-Arabism has to resolve a few knotty problems, namely, the political shape of the hoped-for Arab State, democracy or dictator­ship, republic or monarchy; federation or unitary government. Where would the State’s capital be ? Should it strive to include all Arabic-speaking peoples of Asia and Africa ? These problems more­over, do not include those created by the international situation : — Britain’ s determination to hold the short and quick route to India; France’s decline, after Munich, to the rank of a second-rate Power; Germany’s renewal of the ‘Drang nach Osten’ and its corollary, the Berlin-Baghdad idea; Mussolini’s continued flirtation with Islam, and Turkey’s renewed aggressiveness as shown in her thinly disguised ‘Anschluss’ of Alexandretta.

The very enumeration of these complications indicates what vast repercussions the uprise of a powerful Arab State would have on European power-politics. For England to allow such a State to come under the political sway of another power — say Italy or Germany — would be fatal to her imperial connections, and to those of France. If Nazi Germany should succeed in fulfilling the pre-war Berlin-to-Baghdad dream of the Pan-Germans, or if Fascist Italy should find, in spite of the present assertions that she is satiated, that to protect her holdings in Libya and Ethiopia she must expand them, the question would become still more involved.

These important considerations make clear not only the strategic importance Greater Arabia would inevitably possess, but the reasons which the Great Powers may have for not looking upon Arab unity with unmixed joy.