Savitri Devi was present at the conference held in Gloucestershire, England in August 1962 that resulted in the Cotswold Agreement, which founded of the World Union of National Socialists (WUNS). Savitri herself was one of the founding signatories of the Agreement. Also present at the conference were Colin Jordan, George Lincoln Rockwell, and John Tyndall. Many photographs were taken at this event, including several that featured Savitri. 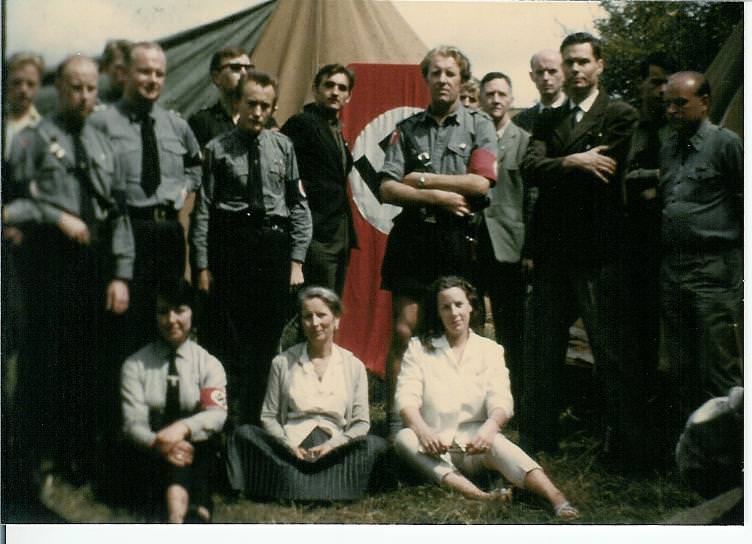 Savitri is in the middle of the front row. In the back row, Rockwell is the second from the right and Colin Jordan is the third from the left. 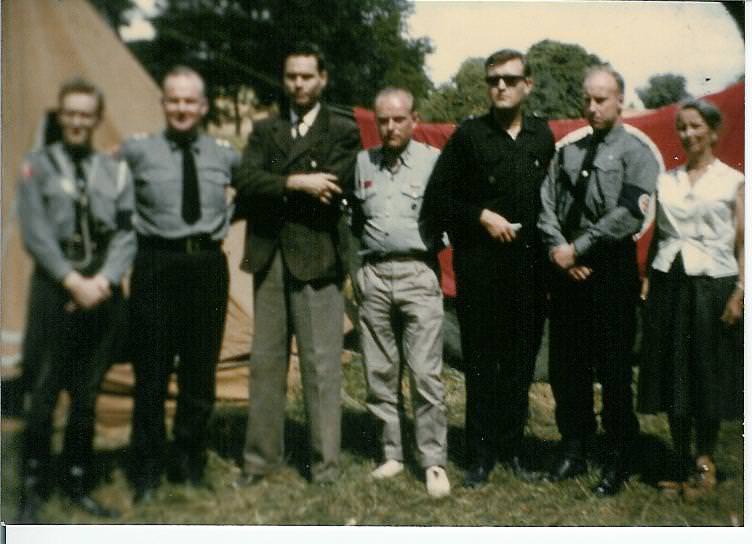 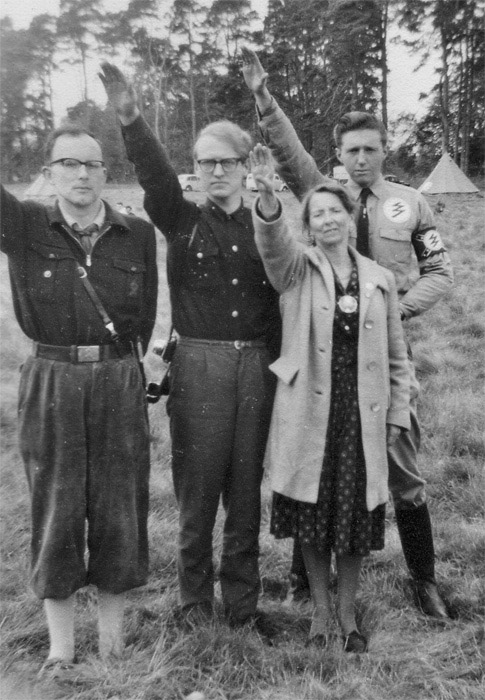 This photo was not taken at the same conference, but was taken at another event held in the same location during the previous year. Pictured are, from left, Bruno Luedtke, Roland Kerr-Ritchie, Savitri Devi, and Robert Lyons of the National States’ Rights Party.